Intel CEO Brian Krzanich has a warning for companies and industries that haven’t started to prepare for the next big tech disruptor — don’t wait.

“Companies should start thinking about their autonomous driving strategy now,” said Krzanich, who ranks the fast-developing technology on par with the rise of personal computing, the internet and smartphones for its potential impact on traditional business models. 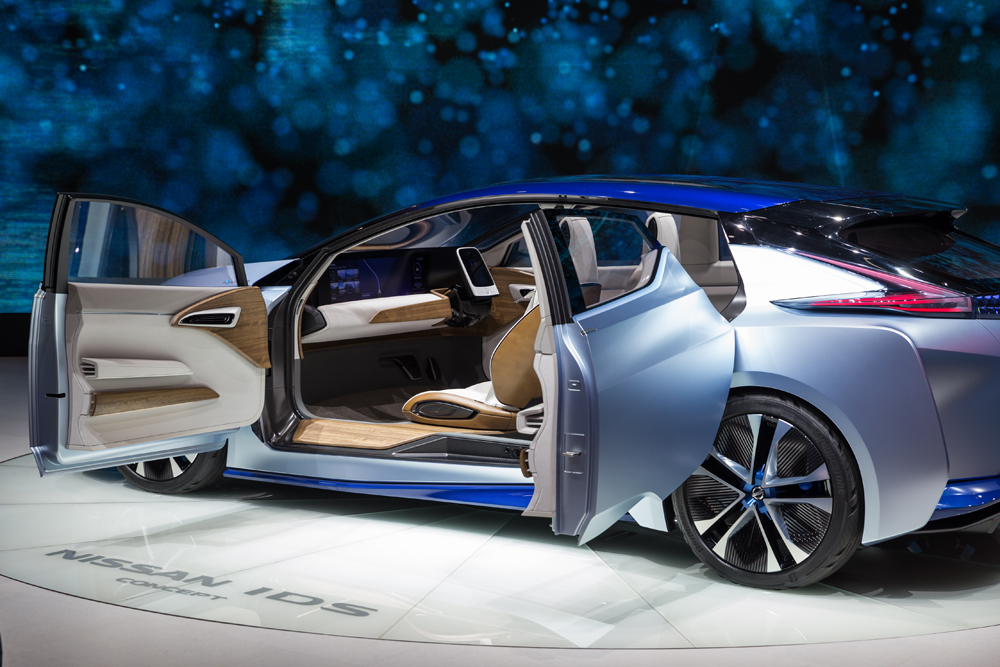 “Less than a decade ago, no one was talking about the potential of a soon-to-emerge app or sharing economy because no one saw it coming. This is why we started the conversation around the passenger economy early, to wake people up to the opportunity streams that will emerge when cars become the most powerful mobile data generating devices we use, and people swap driving for riding.”

The new study which was sponsored by Intel and prepared by Strategy Analytics, explores the potential economic impact and industry shifts when today’s drivers become passengers and cars are controlled by an app.

“Autonomous driving and smart city technologies will enable the new passenger economy, gradually reconfiguring entire industries and inventing new ones thanks to the time and cognitive surplus it will unlock,” according to the study, which predicts the resulting productivity gains and related economic impacts will grow from $800 billion in 2035 to $7 trillion by 2050.

While the report does not directly address the impact on real estate, the scenarios from driverless technology it raises will clearly shake up the real estate landscape.

For one, what will people do with all the extra time? Self-driving vehicles are expected to free more than 250 million hours of commuting time per year in the most congested cities in the world.

Other highlights of future scenarios raised by a future of autonomous vehicles that could very much impact the CRE business include:

-Major impact on architecture, business design and urban planning as less space is devoted to accommodating parking facilities and roads in buildings and urban cores.
-Driverless delivery vehicles transporting goods between distribution centers and retail outlets could take much of the cost out of bridging the current ‘last mile’ challenge between retailers and consumers.
-Fast-casual dining or remote vending services could extend the reach of Starbucks or the local vegan restaurant beyond their brick and mortar locations.
-Mobile health care clinics and treatment pods, and even platooning pod hotels, vehicles could become transportation experience pods.

While some of the future scenarios sound like science fiction, the driverless car is already here and many of the largest technology and mobility companies are already placing their bets, according to Intel.

Mercedes-Benz is already giving test rides in its app-powered F 015 Luxury in Motion research vehicle. Google has already logged about 1.3 million miles on its driverless cars in Mountain View, CA, where it is headquartered. General Motors is now testing its self-driving Bolt in Arizona. Audi, recently received a permit from California to test self-driving cars on public roads and BMW and Nissan have joined Mercedes-Benz in announcing plans to offer cars with self-driving capabilities by 2020.

This week, Apple CEO Tim Cook briefed Bloomberg on its big push into self-driving technology, which it aptly named Project Titan. Cook confirmed that Apple had initially been seeking to build its own car, but has now given that up as being overly complex and instead is focusing on developing the underlying technology and software used in future autonomous vehicles.

“There is a major disruption looming there,” Cook said.

The center of gravity in the car business may well have already shifted from Motown to Mountain View, says auto industry analyst Justin Toner.

“Taken to the extreme, I believe that autonomous cars will eradicate automobile accidents, eliminate traffic and significantly reduce the real estate dedicated to automobiles, freeing land for more productive use,” Toner says.

From a planning perspective, driverless cars are expected to increase the efficiency of roadways by traveling closer together and in narrower lanes, requiring significantly less road space than cars today. By some estimates, autonomous vehicles could support the same amount of traffic volume as error-prone, human-driven cars on one-quarter of the road space.

According to some estimates, cars are parked and not in use on average 95% of the time. The U.S. is estimated to have more than 800 million parking spaces, nearly four spaces for each vehicle.

If people move away from private car ownership to adopt the shared-use model, autonomous cars would likely be on the go more frequently, and require fewer parking spaces. And parking designated for autonomous cars could be located in a central area away from the core downtowns, allowing buildings to devote more space to accommodating people and less to accommodating cars.

Norman Foster, chairman and founder of the architecture firm Foster & Partners, told a crowd at a Wired Business Conference, last week that if he could design Apple’s recently constructed headquarters in Cupertino all over again, he would take into account “the changing patterns of transportation.”

Apple’s headquarters feature a massive underground garage built to hold 11,000 vehicles. Today, that’s an amenity, Foster said, but not too far in the future, it’s entirely possible that cars (and garages) will be far less important.

“Maybe the conventional garage needs to be re-thought and re-thought now,” Foster continued. “Maybe if I had a second time around I’d be putting a lot of persuasive pressure to say, ‘Make the floor-to-floor of a car park that much bigger, so if you’re not going to be filling it with cars in the future you could more easily retrofit it for more habitable space.”

Major Disruptions Also Can Be Costly

While much of the attention garnered by the autonomous driving technology is focused on the potential for good, including improved safety, greater efficiency and productivity gains, and any major disruption is also accompanied by costly and sometimes painful adjustments.

According to a recent article in Curbed, city and transportation planners are concerned over the prospect of people abandoning public transportation for the convenience of autonomous cars.

While it will take years for AV tech-driven cars to dominate the roadways, planners are concerned the convergence of autonomous vehicles, electrification and shared mobility has the potential to create a whole new wave of automation-induced sprawl without proper planning, regulations and incentives for people to keep riding buses and trains.

“Streets are 25 to 35 percent of a city’s land area… [the] most valuable asset in many ways,” Zabe Bent, a principal at transportation consulting firm Nelson\Nygaard and a speaker at the American Planning Association’s annual conference last month told the online housing site. “We need to really think about how we manage those spaces for the public good and for reducing congestion.”

Cleveland-based TravelCenters of America (Nasdaq: TA), the largest full-service travel center company in the U.S., also raised the issue of disruptive technologies in the energy or transportation industries to its investors.

“Various technologies are being developed in the energy and transportation industries that, if widely adopted, may materially harm our business,” the company reported. “For example, electric truck engines do not require diesel fuel and hybrid electric-diesel/gasoline engines may require substantially less diesel/gasoline fuel per mile driven. Further, driverless truck technologies may result in fewer individual truck drivers on the U.S. interstate highways and reduce the customer traffic and sales at our locations.”

And while driverless cars will still have to park somewhere, owners and operators of parking facilities are definitely on the cutting edge of this new technology.

Las Vegas-based MVP REIT, a nontraded REIT that primarily invests in parking facilities, recently added a new risk disclosure to its annual report, noting that changing lifestyles and technology innovations such as driverless vehicles may decrease the need for parking spaces, and could affect the value of its properties.

However, with the recent advent of Uber and other ride-sharing services, most owners and investors in commercial real estate see the emergence of autonomous cars as a net gain for real estate.

While zoning and transportation requirements will have to be addressed in order to realize the promise posed by AV and driverless cars, senior managers at several REITs are already bracing for the impact of the new technology.

“Driverless cars will eliminate the need for parking garages and de-urbanize our cities again,” Steven Grimes, CEO of Retail Properties of America (NYSE:RPAI) told investors last month. “Disruption is undeniably fixating. In some shape or form, all of us are discerning whether we are experiencing a normal course end of cycle disruption or the beginnings of a secular change in our space,” he added. “We think it’s both.”

“The handwriting is on the wall,” said Chris Volk, CEO of Store Capital Corp. (NYSE:STOR). “After all, we’re writing 15- to 20-year leases in a world where most pundits see the inception of driverless cars within five years.”