While some investors are exploring secondary and even tertiary markets throughout the country in search for higher yields, coastal gateway cities continue to take home the lion’s share of capital investment.

As typical, New York outpaces all other U.S. markets by far. Next up is Boston, then Los Angeles, Washington D.C. and Seattle. And while San Francisco and San Jose in California rank sixth and seventh, respectively, and the state’s East Bay rounds out the nation’s top 15, if all the Bay Area markets were combined they would outpace all but New York.

It’s further evidence of enduring demand generated by buyers attracted to the Bay Area’s expanding tech industry, along with several owner-user acquisitions, which has maintained downward pressure on capitalization rates, or the expected rate of return on investment, at premium asset pricing. 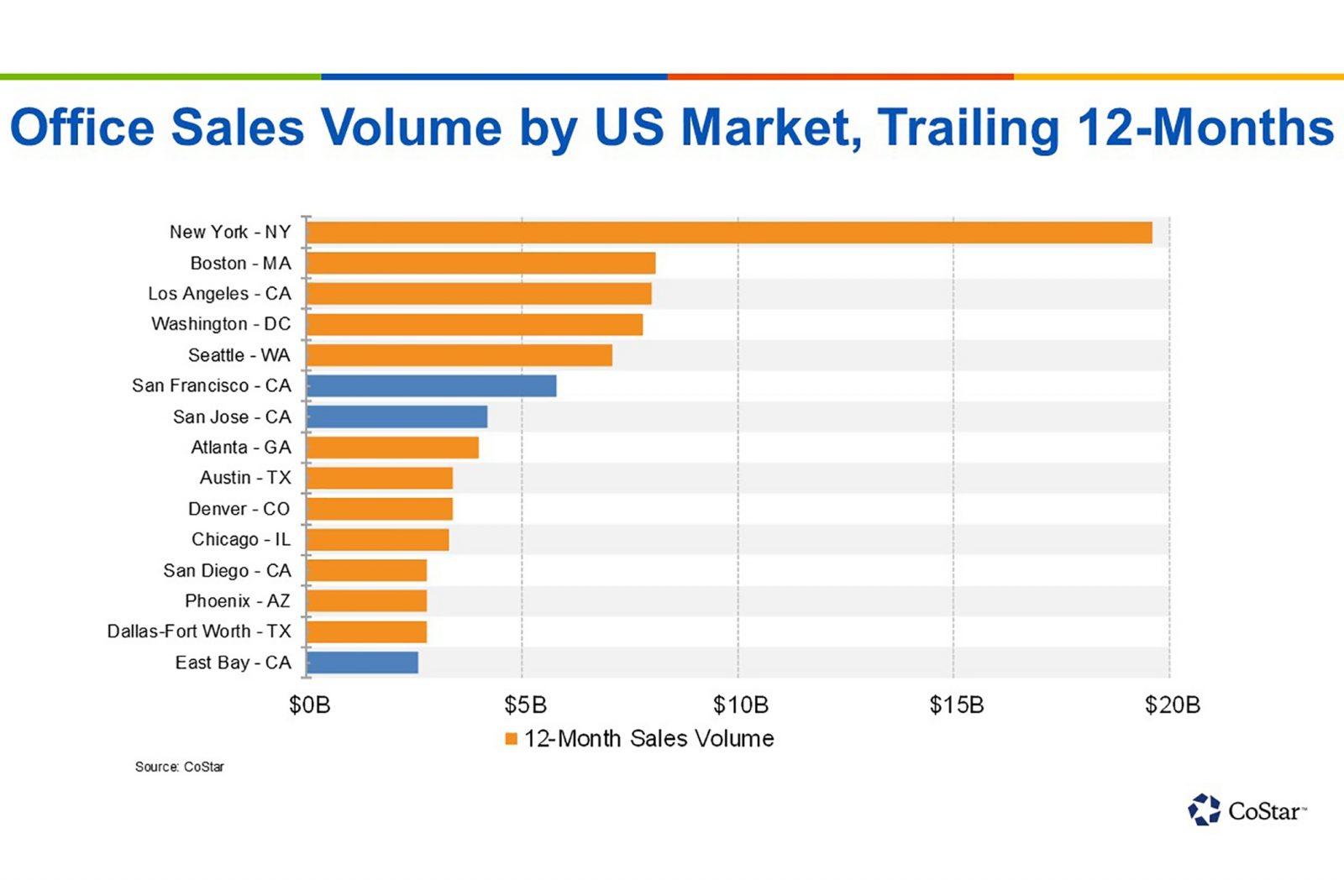 Combined, the three major Bay Area markets have seen $12.5 billion of office assets sell over the past 12 months, behind only New York’s $19.6 billion.

Boston, Los Angeles and Washington, D.C., have each seen about $8 billion in office assets trade over the past year.